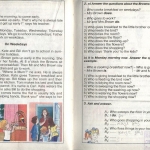 Alrosa at the bottom of a planned price range Monday, highlighting the lack of progress in a state privatization drive that was supposed to net $13 billion this year.

The $1.3 billion stake in Alrosa, which vies with De Beers for the mantle of the world's largest diamond producer, is the Russian state's only sale this year and one of the ten biggest in Europe so far in 2013.

But the low sale price prompted some analysts to suggest it had been a struggle to place all of the shares on offer, adding to the delays or false starts that have hampered the plan to generate $13.44 billion from sell-offs this year.

Alrosa's offer price of 35 rubles per share, putting the company's market capitalization at 258 billion rubles ($8.12 billion), was at the bottom of the projected range of 35 rubles and 38 rubles a share.

"At least they got something, but not that much, and it was way below what they had originally planned," said UralSib economist Alexei Devyatov.

"There is no clear political will in the government to do the privatization. … They do not fulfill their own plans."

Prime Minister Dmitry Medvedev in 2010 laid out a program of sales aimed at drawing more investment and energy into the state sector and revitalizing the weaker areas of a $2.1 trillion economy now growing at its slowest pace in four years.

But the government has since proceeded to slash the privatization targets, unable to reach a consensus on deadlines for sales and hampered by officials who argue that a weak global economy makes this the wrong time to sell some of the prize assets on offer.