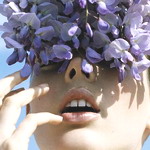 1. I asked the old gentleman, “Are you feeling tired?”

2. The hotel manager asked the visitors, “Did you sleep well?”

4. The teacher asked Tom, “Do you come to school by bus or on foot?”

5. A man stopped me in the street and asked, “Have you got a match?”

6. The teacher asked us “Do you understand the question or not?”

7. Henry’s father asked his son, “Do you want to be an engineer or a doctor?”

8. 1 asked Peter, “Are you going to play football on Friday or on Saturday?”

place in nature and have made accidental discoveries of great value. Many of the
substances used today, which are prepared by chemical methods, were known to the
ancients, but there are no historical records of their discovery. Glass, for example, has
been known for over 3,000 years. Soap was also made in the earliest times.

Directed experimentation appeared with the rise of alchemy. The
alchemists sought things which were supposed to lead to happiness – health and
riches. They wanted to change the common metals into gold hoping to do this
with the help of a mysterious substance, called the philosopher’s stone. But gold
without health is of little value, so a search was made for the elixir of life which
could bring back glorious youth to the aged. The alchemists studied everything
available, mixed things together, heated and distilled them when possible. Many
important discoveries were made as a result of eager search by the alchemists
for what was unattainable, and some of the processes used today in chemistry
were invented. They referred repeatedly to distillation, extraction, calcinations,
coagulation, etc. They prepared and studied many of the compounds which are
commonly used in chemical work. Among these are sulphuric, nitric, and
hydrochloric acids, alum, soda, ammonium chloride, niter, and compounds of
mercury, arsenic and antimony. But selfish and utilitarian motive which guided
the alchemists could not lead to the development of a science.

Chemistry was born as a science only at that time when a desire on the
part of man to learn the truth about the wonders of nature appeared.

1. He said "He gave a lot of examples in his lecture".
2. The teacher said "Then you choose your standard of length".

1.She said to me,Well go boating tomorrow.2.He said,Well stage this play if you help us.3.The secretary said,Ive got a message from Mr Green.4.Mr Nelson said,Shaw was awarded the Nobel Prize for Literature in 1925.5.The old man said to me,I met her many years ago.6.Mr Smith said,They had lunch on the train two hours ago.7.She said,Im leaving for London tomorrow.