Complete the sentences with the correct words.

1My favourite s... is spring because it is so beautiful.
2The c... of Britain is London.
3The p... of the USA is about 300 million.
4The w... is not very nice today – it's rainy and cold.
5There are eight n... full of animals and plants in our country.
6I live in the n... of the country but the biggest cities are in the south.
7The highest m... is 4200 metres high.
8Our country has a very nice climate. It isn't too hot in the s... and it isn't too cold in the .
2 a, on, the, -
Complete the text with a, an, the or -.
This country is in Europe. It is ___ big country. ___ capital is in the centre of ___ country and the population is about fort-six million. The people have __ lunch in the afternoon. It is the biggest meal of the day. They usually eat at ___ home but, in big cities, they can't always do this. They often have ___ snack before dinner because they have ___ dinner quite late, at 9 p.m. or later. ___ snack is called 'La Merienda'. They often eat ___ bread with ham or cheese. What is the country? Spain.
3 Nationalities
Make nationalities from the countries below and put them in the correct column of the table.
America,Britain,Canada,China,France,Greece,Japan,Poland,SpainTurkey
-an -ish -ese other endings

4 someone, everyone, anyone, no one etc.
Complete the sentences with the correct words.
1I want to go ___ nice this summer.
2We woke up in the middle of the night and heard ___ walking around in the living room.
3I'm bored. I haven't got ___ to talk to.
4My phone rang but, when I answered, there was ___ there.
5There's ___ important I want to tell you.
6They didn't have vegetarian food so I didn't have ___ to eat.
7My first day of school was great. ___ was very kind. 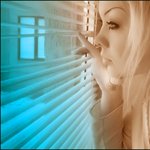 Match these world with their difinitions
1.to hire 1.to play something again(a football match,a film) so, that it canbe looked later.
2.to record 2.to spoil something,destroy
3.to pirate 3.to use something on playment of some money
4.to ruin 4.to copy and sell the work of other people without permission
5.to replay 5. to write something on a cassette,computer.
И перевод

Dkurlykina / 10 дек. 2014 г., 23:04:21
Помогите с лексико-грамматическим тестом Complete the sentences with the correct form of the words in brackets.

Denis is the (good) friend. For me Maths is (difficult) than Literature. My sister is (tall) than me. This exercise is (easy) than that one. I think History is (interesting) subject at school. Ann is the (bright) student in our class.

Put the prepositions. They invited us at/to/in London. Who takes care about/for/of your pet? Did you meet anyone at / in /during Summer school in Britain? Will you go abroad at/ on/ in October? My best friend is from/ out/ in Britain. They travelled on/ in/ by a comfortable bus. We would like to learn more from/ of/ about London. Complete the sentences with the correct form of the word Charles Darwin was a famous ( science). Paula wants to become an English (teach). I. Repin was an outstanding (art). I think he will be a successful (write) in the future. Madonna is a popular American (sing) Choose the right variant: Present Simple, Past Simple, Future Simple.

a) speaks b) spoke c) will speak

lot of people usually die because of a terrible event like a storm or a fire.

4 Complete the sentences with the correct words in the box.

Задание: complete the sentences with the verbs in the Past Simple or the Present Perfect.

1) A manager ... be sociable and polite, doesnt he?
2) Its hot and sunny. So I ... water my flowers every morning and afternoon.
3) Do they ... wear a uniform at school?
4) My friend ... go to school on Saturdays. He has got 5 lessons.
5) Do I ... do all these exercises? They are really boring.
6) Alice doesnt ... feed her pets. Her mother has already fed them.
7) Does each member ... speak English at the Explorers Club?
2.Complete the sentences. Use have to in the correct tense.
1) He studied at a Canadian school. He ... learn English and French.
2) Jessica writes about the wonders of nature. She ... travel a lot.
3) Yesterday, her son fell ill and she ... stay at home.
4) My older brother wants to be a musician. He ... play the violin for hours every day.
5) The students missed the bus and they ... walk to school in the rain.
6) If you want to learn more about Stonehenge, you ... read this book.
7) I cant play football this afternoon, I ... prepare for an exam.