вот текст
Mark: What happened here yesterday? Your brother John and your parents aren't talking to each other.
Emily: John wanted to go to the disco again.
Rob: What's wrong with that?
Emily: It's a long story. John is going to be fifteen this year and our parents used to let him go to the disco with his friends. Everything was OK until a month ago: John always came back on time and everybody was happy. A month ago John went to the disco as usual and promised to be home at ten o'clock. When he didn't come at ten, our parents expected him to phone and tell them what was going on, but he didn't phone. That night he came home at midnight and our parents were very upset. After that night they warned John not to do it again and our parents let him go back to the disco. But then he was late again and once again he didn't phone. A couple of days later John's teacher asked our parents to come to the school. He told Mom and Dad that John had been getting a lot of bad marks in the last few months. Our parents wanted John to explain everything and asked him a lot of questions, but he refused to answer them. Since then our parents haven't let him go out, and every Friday when his friends go to the disco and have fun, he has to stay at home and watch TV.
Rob: That's really not fair!
Misha: They make a fifteen-year-old stay at home! They don't have much respect for him!
Mark: I don't agree with you. John's parents trusted him and he let them down. It's his own fault. 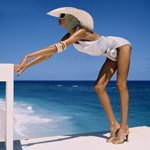 little Johnny stay up late. 5. My parents let my elder brother read whatever he likes. 6. Henry s cousin never makes him iron his clothers. 7. My granny always makes me clean up my room. 8. Liza s parents let her have parties in their house.

1. Betsey's last name is Lloyd.
2. James is Betsey's son.
3. Rosy has her own horse.
4. Mark is thirteen.
5. This week James is sleeping in his office.
6. All the family are interested in football.
7. James's favourite pastime is horse riding.
8. People in England celebrate Christmas in November.
9. Salisbury Plain is a very interesting place.
10. Betsey is Rob MacWizard's mother.
11. Mark likes to be indoors.
Betsey's family
Robin: We want to meet your family. Betsey. Where are they?
Betsey: Oh, let me tell you about them.
My husband James is a very busy man. He's the manager of a bank in London. Normally he comes home at eight o'clock and watches football or reads The Times. He usually plays tennis on Sundays. It's his favorite pastime. When the weather is bad he plays tennis indoors. At the moment there are a lot of problems at his bank and he has to work day and night. He has a small bed in his office, so he sleeps there.
Rosy, my daughter, is seventeen. She is very busy. She is going to finish school this year. She plays the guitar and she is the best goalkeeper in her school. We don't see her at home very often because her hobby is horse riding. She likes to be out of doors. At the moment Rosy is in London. She is helping her aunt in her shop. November and December are very busy months for the shops. It's Christmastime.
Mark is three years younger. He is interested in history and archaeology, and he is a good football player too. He often goes on archaeological expeditions and our house is full of his equipment. At the moment he is on Salisbury Plain. We're going to visit him there. It'll be very interesting for you.
And my youngest son is Rob... I'll tell you about him later.

skills he had to learn were the art of compromising and reciting poetry and the gift of wisdom. One day Finn was sent to a wise old man who lived by the River Boyne. For seven years he had been trying to catch the sacred Salmon of Knowledge, because it was believed that the first to taste this salmon would get all the wisdom of the world. On Monday Finn caught the salmon but should give the first piece to the old man. Finn agreed and began cooking the salmon over an open fire. When Finn was going to turn the salmon over cook it on the other side, he burn his thumb on its hot scales and immediately put his thumb into his mouth to cool it. Of course, when he did this he tasted the salmon and got all the knowledge in the world. After that whenever Finn wanted to solve any problem, he had to suck his trumb!